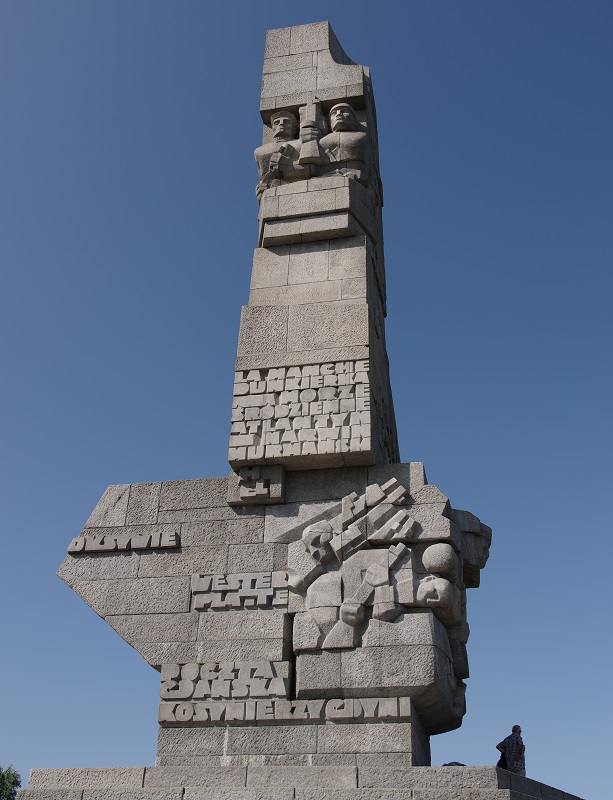 The place where the first shots of World War II were fired on the first of September 1939, namely at a Polish military depot in the port of Gdańsk. Despite being totally outnumbered and outgunned the Poles held off the German assault for seven days – while elsewhere Poland was rapidly being overrun.


Access and costs: easy to get to by boat, but not necessarily cheap, depending on how you get there.
Details: There are different ways of getting to Westerplatte. If you’re driving, first head out of Gdańsk city centre along route 501 and then take route 89 north; get off the motorway-like road at the roundabout (avoiding the route towards crossing the river again) and carry on along the now smaller route 89 further through partly active, partly derelict industrial quarters until you come to the eastern end of Westerplatte. You can park on one of the lots to the right, or carry on to the end of the publicly usable road and park there.
If you’re using public transport, you have two options, a cheap one taking bus line 106 from outside the main train station. The route goes through the same industrial parts and thus isn’t strictly speaking very scenic (unless you’re into industrial dereliction – which I actually am), but it’s also the fastest option.
The more expensive, but slow and scenic way of getting to Westerplatte is by boat from the Old Town waterfront. Either get a regular Water Tram (line F5) e.g. from Targ Rybny, or even that mock-pirate ship that plies the same route. Of course it doesn’t actually sail, but is just a regular engine-driven boat with a fake, and rather tacky, pseudo-historical superstructure.
Westerplatte as such is accessible for free at all times (though going there outside daylight hours wouldn’t make much sense). The small old museum charged a low admission fee (in 2008 it was 3 PLN, now it’s likely more, perhaps twice that); information about opening times was not available at the time of writing. Whether the envisaged new museums will charge an admission fee, and if so how much, remains to be seen.
Time required: in its current form around two hours, depending a bit on whether you want to read all the text on the open-air panels and if you start right at the eastern end or only concentrate on the western half from the bus terminus. The small old museum takes at best 20 minutes on top. How elaborate the planned new additional museums will be is currently impossible to foresee.
Combinations with other dark destinations: in general see under Gdańsk.
The more central attractions most related to Westerplatte are the Museum of the Second World War, which also has a section on that battle, and the Polish Post Office, which also came under attack at the same time as Westerplatte, and where there is a small museum exhibition.
If you’re taking the boat to get to Westerplatte from the centre of Gdańsk, then you’ll get good views of the harbour and some of the still active shipyards (as opposed to the largely derelict old shipyards), and you’ll also pass the old Wisłoujście Fortress.
Combinations with non-dark destinations: see under Gdańsk.