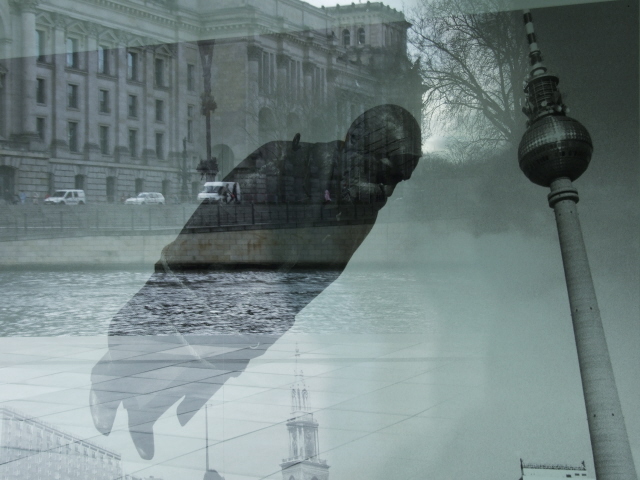 Two World Wars and … both started and then lost by Germany. And as if that wasn't enough, Germany was also at the very pivotal hub of the Cold War, i.e. it could have been the main "battlefield" for a potential Third World War too.

Add to that the crimes of the Nazis (esp. the Holocaust – the biggest crime against humanity ever perpetrated), and later those of the communist regime in East Germany (GDR) since the end of WWII until 1989, including the deadliest stretch of the "Iron Curtain" (esp. the Berlin Wall). And wow, what a pack of dark history there has been in just this one country. No wonder, then, that Germany offers by far the widest range of dark tourism sites anywhere in the world.

All in all, Germany covers nearly all of the various categories of dark tourism, and many better than anywhere else. First place has to go to Berlin, the country's capital, and in terms of dark tourism surely the capital of the planet, such is the vast number and broad range of individual sites in this generally fascinating city. In many ways almost the whole country is indeed represented here.

But there's so much more elsewhere too. So here we go – below is a list of all the dark sites covered on this website. The list looks overwhelmingly long – so instead of an alphabetical list, the following places are ordered roughly by location, from North to South, first in the West then in the East. (It's also recommended to check the general listings by category – many related sites of the same type but scattered all over Germany will be grouped together there). All sites along the former GDR-FRG border are listed here under East (even if they are strictly speaking located on western soil):
West:
Heligoland (Helgoland)
Shipwreck museum, Cuxhaven

As for potential language problems. Don't worry. Communication in English is normally not a problem in Germany, as most people have at least a halfway decent grasp of the language (through schooling with its early emphasis on foreign languages in ways that Britain or the US couldn't begin to dream of). In the East, and esp. amongst the not so young that may still be a little different (for historical reasons, of course: in the GDR, it was rather Russian that was the first foreign language taught), but it's changing.
In fact, too much so for some. You'll see so much English in advertising and services that you may almost forget you're still in Germany. Purists in Germany complain about an alleged cultural loss due to this trend – but for the foreign traveller it has undoubtedly positive effects. On trains, and even on inner city public transport, it is now quite common to hear announcements made in English too. And tourist sites have adapted to that kind of internationalism too, usually providing English translations alongside the original German. It has to be said, though, that this does not yet include many of the smaller, more obscure dark sites listed here, but even some of these at least make an effort such as providing short leaflets in English.
In culinary terms, Germany doesn't have the best reputation (at last, a cliché we have in common with Britain – albeit an unjustifiably bad one). German cuisine is primarily known for huge portions of meat, esp. pork. And that cliché is pretty close to the truth in many parts of Germany. So semi-vegetarians such as myself (see food & drink) do encounter restrictions. That said, though, some of the regional specialities, beyond the ubiquitous sausages or hunks of dead pig, can be surprisingly interesting in some parts of the country. Naturally, I personally favour the fishier northern varieties of German cuisine, but I've also made cool and unusual discoveries in the south and east. I won't give away what my very favourite German speciality is, though … as I'd rather like it to remain a secret undiscovered by mass marketing, and rather enjoy it as a super-special treat whenever I am in the right corner of Germany to get it … Otherwise, at least the big cities also offer a wide array of ethnic cuisines – which also goes to show how international Germany has become …