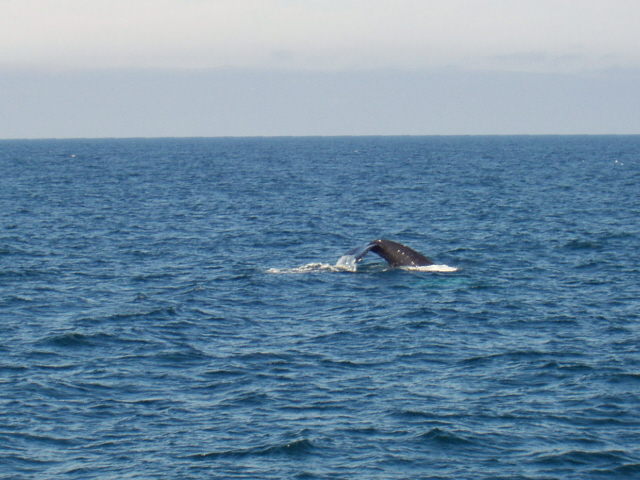 OK, not a "country", of course, but an area – and in it there are a few places worth mentioning in the context of dark tourism, even though none of them are particularly touristy.  One isn't at all: the wreck of the Titanic on the bottom of the icy North Atlantic seas – it's the ultimately exotic, least accessible, and by far the most expensive potential destination mentioned on this website (though it has only rarely been available at all).

Much further south and also very remote, but regularly accessible, is the island of St Helena, where the exiled Napoleon died and where he was initially buried. There have been other exiles on the island too (even up to the 1960s), and it's also linked to the transatlantic slave trade. Since October 2017 the island has been reachable by scheduled flights (once a week), which has made it a lot easier to get to this place.

In the far south of the Atlantic lie the Falkland Islands and South Georgia – desolate windswept, but nevertheless disputed specks of land that Great Britain and Argentina went to war over in 1982. Now (comparatively) peaceful again, but full of vestiges of that bizarre battleground – and also very remote. South Georgia, even more remote than the Falklands, also has a grim history of industrial-scale whaling, of which a few ghost towns and ruins remain today  and are sometimes included in the itineraries of Antarctica cruises.
Another super-remote island, in fact the most remote one with a permanent settlement in the whole Atlantic, is volcanic Tristan da Cunha, a truly exotic (and difficult to reach) travel destination.
Back up further north and in much warmer climes lie the Cape Verde Islands, a few hundred miles off the coast of West Africa. They served as both a slave trading post and, in the 20th century, a remote location for a notorious political prison (in Tarrafal). On the neighbouring island of Fogo, one can marvel at the unusual sight of a small community eking out a life right inside the hostile moonscape of the volcanic caldera in which the mighty Pico de Fogo looms large (Cha das Caldeiras). The latest eruption in 2014 destroyed almost the entire previous village, but a few steadfast locals have returned, rebuilt and re-opened their businesses. So it is again possible to visit!
- the wreck of the Titanic
- St Helena
(Jamestown, Museum, Munden's Battery, Napoleonic sites, Boer POW sites,
forts & cannons)
- the Falkland Islands / Malvinas
(Stanely and environs, Goose Green & Darwin, San Carlos, Fitzroy,
Port Howard with plane wreck sites & museum)
- South Georgia with its former whaling station at Grytviken
- Tristan da Cunha
- Cape Verde Islands
(Tarrafal prison camp, Santiago; Cha das Caldeiras, Fogo)
Arctic Iceland could be added here as another Atlantic island, of course. However, it is at the same time a country in its own right which is taken to be part of Scandinavia, i.e. Europe. Therefore it is not subsumed under 'Atlantic' here but has its own separate country entry.