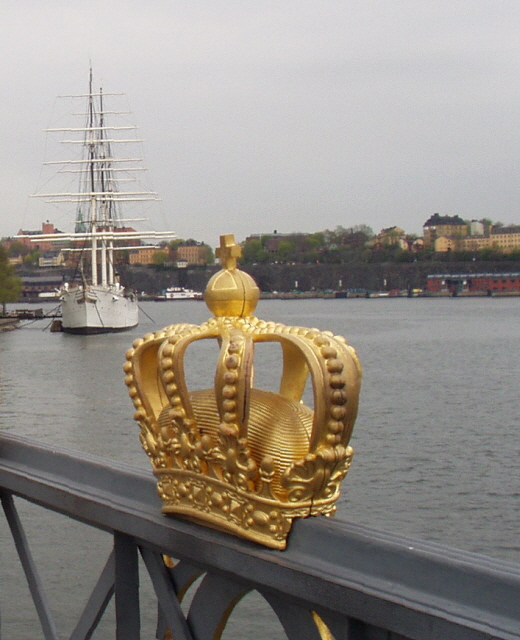 This largest of the Scandinavian countries, sandwiched between Norway to the west and Finland to the east, is not normally considered a particularly dark place. On the contrary, you'd rather think of a model welfare state (though it's been cut in recent years!), neutrality in all conflicts, friendly (although you may experience otherwise in Stockholm), well-educated, open-minded people, idyllic landscapes, liberal sexual attitudes, etc., etc. …

But think again: wasn't Sweden's popular prime minister Olof Palme assassinated in the open street? Wasn't there a high-profile hostage drama that gave the world the term "Stockholm syndrome"? And another one involving Germany's top terrorists of the 1970s, the R.A.F.!

Furthermore, what about environmental issues? Isn't Sweden still hot on nuclear power, despite at least once getting close to its own atomic disaster …?

Go back further in history and you find more – last but not least, Sweden used to be a fearsome seafaring superpower (overdoing it with the launch of the ill-fated Vasa, whose wreck has been recovered and put on display in Stockholm). And during the 20th century, the military threats from all sides also required some military statements to ensure neutrality – especially during WWII when Nazi Germany was closing in from the west (having occupied both Denmark and Norway), while Russia/the USSR was encroaching on Scandinavia from the east. The Soviet Union's proximity remained an issue all through the Cold War era too, which also left its mark here.

So here we go, these are the dark destinations in Sweden that I have so far identified:
- Stockholm
(Vasa, Army Museum, Stadshuset, Olof Palme assassination site,
German embassy, Norrmalmstorg, Jewish Museum)