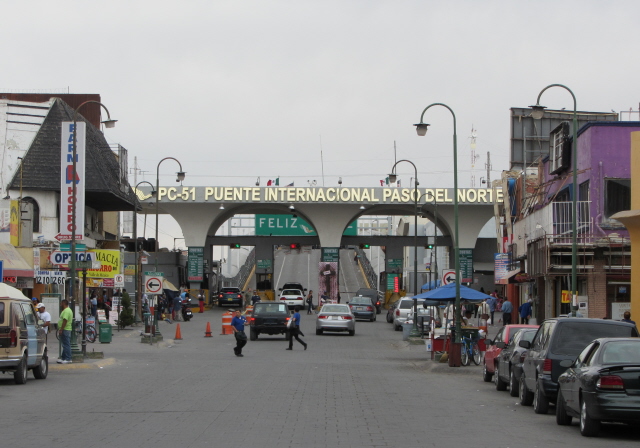 A large Latin American country at the crossroads between North and Central America. It's a troubled place, but the pribcipal reason it's at least given a brief mention here, within the context of dark tourism, is a comparatively cheerful one:

The Day of the Dead (El Dia de los Muertos) is a unique Mexican festival, when families make pilgrimages to cemeteries to visit relatives' graves with food and drink and decorations as "gifts". Moreover, the tradition involves colourful, even gold and silver skulls as decorations everywhere, esp. on altars built in the home. Skeleton figurines are also common.

It's celebrated every All Souls' Day on the 2nd of November throughout the country.

The tradition is also observed on a smaller scale in a few other countries and has spilled over into the southern states of the USA too, but it is Mexico where it is observed with the greatest flamboyancy by far. Here's dark tourism with a twist – skulls and other symbols of death, not displayed to look grim and sinister, but quite the opposite: to be cheerful! Of course, an element in this is to alleviate everyone's fear of death – so there's a darker undercurrent, but on the surface it is plain fun and a celebration of life rather than death!

A particular site in Mexico, of the category 'dead on display', is given its own separate chapter here:
- Museo de las Momias de Guanajuato (museum of mummies)
Another potential dark(-ish) "sight" may be the USA border with Mexico, which in some places is heavily fortified (to keep illegal immigrants out), although this isn't really a tourist site as such… Nor are the trouble spots especially in cities along the Mexican side of this border where drug gang crime has spiralled out of control.
The border town of Juarez, right on the Rio Grande on the bank opposite El Paso, Texas, until recently held the dubious title of the world's "murder capital". Yet, while it may still be too rough a turf to explore at any length without putting yourself at unreasonable risk, it is quite possible to hop across the border from El Paso for a quick look … as I did in April 2012, for only half an hour or so, and without ever straying from the main street near the border crossing. On the actual border bridge you can get a good view of the border fortifications the US has put in place (yes, that "wall" that Donald Trump demanded has long already existed here ... see under El Paso for more info and a few images).

On a completely different tangent, the semi-circular ring of sinkholes, called 'cenote', in the north of Mexico's Yucatan peninsula, also have their dark sides.
Firstly, they have been identified as vestiges of the Chicxulub crater which was formed some 65 million years ago when an asteroid collided with planet Earth leaving an impact crater over 110 miles (180 km) in diameter and causing a major global environmental catastrophe. It caused a massive wave of extinction, including the dinosaurs – and with them wiped out the field was clear for mammals to take over world domination … which eventually included: us.
Secondly, so I've been told, the 'cenote' were also used by the Mayans for "human sacrifices", i.e. ritual murder, so they were also sites of human death in historic times.
Whether that makes the 'cenote' dark tourism sites or not, I shall ultimately leave open here. Indisputably they are contemporary tourist attractions, even if predominately rather for swimming and diving than for anything specifically dark …

Other than my short excursion into Juarez I haven't yet been to this huge country, but I would love to go and explore it, not just with regard to dark tourism but also in culinary terms. Real Mexican cuisine is a far cry from the internationally standardized "Tex-Mex" fast food ... It's also the original home of chillies and for a chillie-head like me the potential for hot delights must be bountiful here.