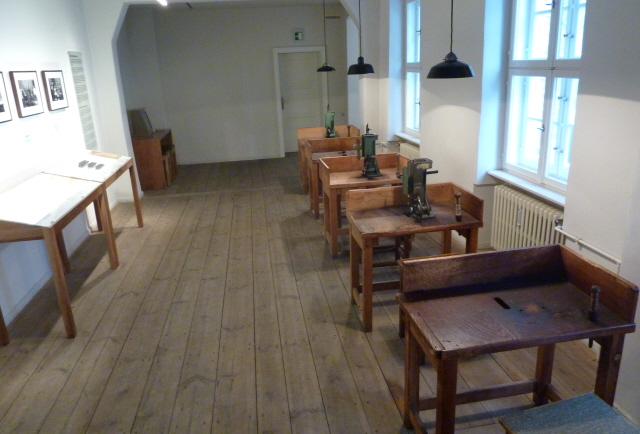 A small memorial museum at the authentic location where a Berlin brush manufacturer employed blind (and deaf) Jewish workers and tried to protect them from persecution and deportation during the Nazi era.