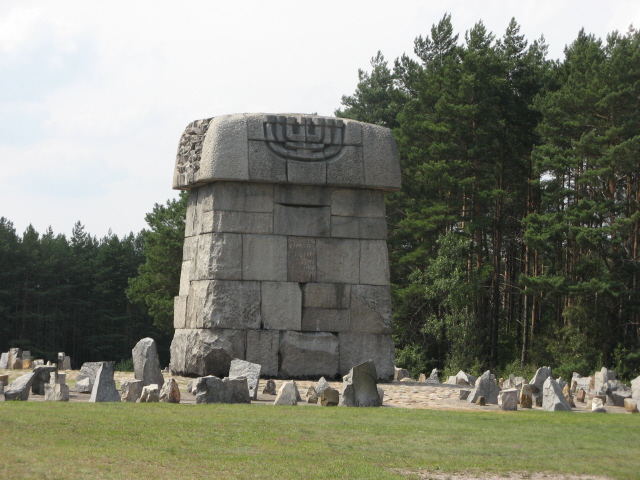 One of the three death camps in Poland (together with Belzec and Sobibor) of the Nazis' Operation Reinhard: the 'Final Solution", that is: the systematic, industrialized murder of the European Jews. And Treblinka was by far the deadliest of these camps.
In fact, this is one of the grimmest places in all of human history! Treblinka's death toll of close to a million is "surpassed" only by Auschwitz-Birkenau. The latter, however, was in operation significantly longer – so in relation to the short time frame of its existence, Treblinka must be the site of the biggest systematic mass murder ever!
Like the other two death camps that were just pure killing factories (i.e. not concentration camps), Treblinka, was completely razed to the ground after completion of its gruesome task, and planted over for additional camouflage. Today's memorial site is thus largely symbolic and abstract. But still, given its significance, it is one of the most taxing places for a dark tourist – or anyone – to visit.