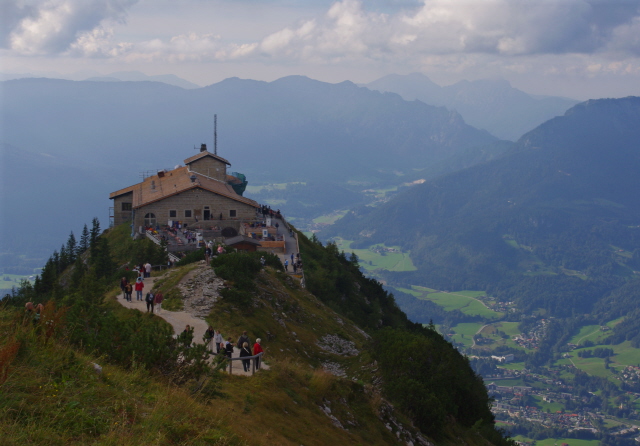 A prime destination in the far south of Germany primarily for history tourism buffs with a special interest in the Nazi era and WWII  ... due to the associations of the place with Adolf Hitler. The "Eagle's Nest" was a mountain-top retreat specially built for and presented to Hitler as a 50th birthday gift in 1939. It complemented a much larger complex of residences and bunkers lower on the slopes of the Obersalzberg mountain (and inside it).
A modern documentation centre puts the whole affair into a well-commodified historical-educational context.