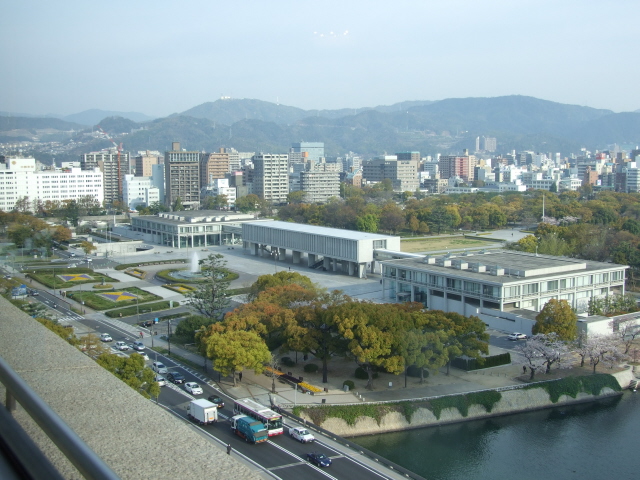 A large museum that forms the very heart of the Hiroshima Peace Memorial Park , one of Japan 's most visited sites, and certainly one of the darkest in the world (see Top-20). It is also overall one of the best museums that I know of. Not to be missed!

> What there is to see

> Combinations with other dark destinations

Myself, I spent over four hours in the museum's exhibitions – including the temporary/special exhibitions in the basement. I still felt that I had rushed it a bit and hadn't quite seen all there would have been to see (especially of the testimonies), but unfortunately I had quite a tight itinerary on my Japan trip in 2009 and wanted to see as much of the rest of Hiroshima as possible too. On my return visit in 2019 I went through the museum a bit quicker, as I was basically there to check out the changes, but didn't feel the need to re-read the parts that were still more or less the same.

Yes, long hours in a museum can be taxing and emotionally draining, but this museum realy does demand and deserve such serious time-investment. If you don't have so much time or don't think you can take it all in at once, you may have to skim or skip sections, according to your relative interests (e.g. if the medical side isn't your thing, skip that bit; if you're already familiar with the historical background, you can skim through that part quickly).
If you can and want to give the museum all the time it deserves, then have a good breakfast beforehand, as you may not necessarily feel like lunch straight after the long and harrowing circuit through the museum. Afterwards, the surrounding Park offers plenty of tranquillity to unwind amongst the trees and the many memorials. This helps in finding your feet again emotionally, as it were, and switching into a more contemplative mood for the memorials (see Peace Memorial Park).
Combinations with other dark destinations: in general see Hiroshima – obviously enough a visit to the museum will be part of a visit to the Peace Memorial Park and its focal point, the A-Bomb Dome ; but the other, much smaller museums are worth it as an add-on if you have the time: Fukuro-machi Elementary School Peace Museum and Honkawa Elementary School Peace Museum . You should also seriously consider seeing Nagasaki 's Atomic Bomb Museum too - in my view it's even better than its equivalent in Hiroshima and there's less overlap than you'd think.
You should also seriously consider seeing Nagasaki 's Atomic Bomb Museum too! In some ways the story of the second A-bombing is even more tragic than Hiroshima. And modern-day Nagasaki is an interesting and pleasant city that deserves more attention from international tourists in general.
Combinations with non-dark destinations: see Hiroshima .