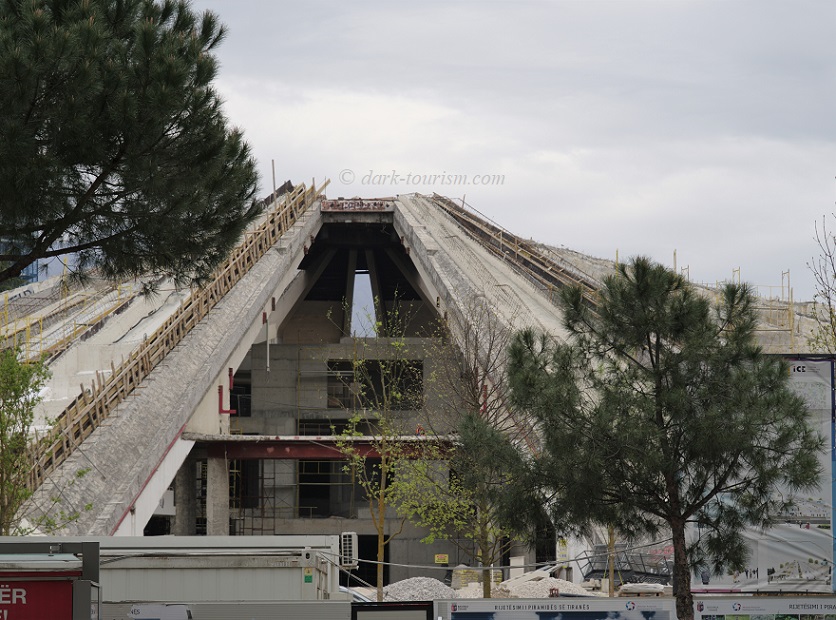 A rather bizarre building in the middle of Albania's capital city Tirana. Its angled shape vaguely reminiscent of a pyramid and the fact that it was originally intended to be a museum in honor of the country's deceased Stalinist leader Enver Hoxha gave the edifice its informal name.