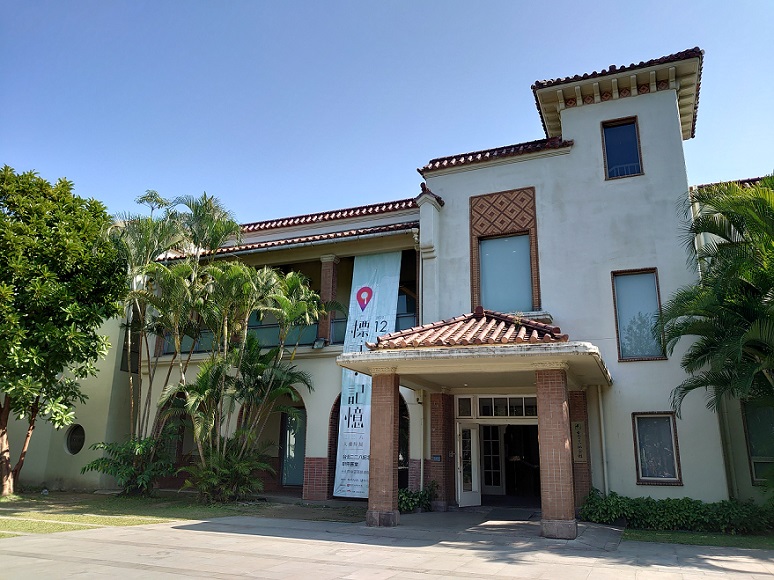 Also referred to as "228 Memorial Hall", this is a memorial museum in Taiwan's capital Taipei, opened in 1997, which commemorates the massacres that started on 28 February 1947 (hence the name of the museum, in the American date format), first as a street uprising, triggered by violent clashes during the confiscation of contraband cigarettes by Nationalist Chinese (Kuomintang) forces. This initially small incident escalated into mass killings, costing an estimated 10,000 to 30,000 people their lives.
Martial law was declared, which in essence lasted for the next four decades. During this period, commonly known as the "White Terror", any memory, let alone commemoration, of the massacres was suppressed. Only as the Taiwanese government and society began to liberalize from the late 1980s onwards, did memories of these dark days re-enter the public sphere – cf. Jing-Mei White Terror Memorial Park and Green Island..
The 2-28 Memorial Museum is also the result of this development. The building that the museum is housed in has significance in itself, as it was the Taiwanese Broadcasting Company's building, which was seized by Taiwanese students during the time of the protests and massacres, from where they could inform the people about what was going on.
The exhibition uses artefacts (not necessarily authentic), illustrations, newspaper clippings, photographs and film. There is very scant English-language labelling, and all longer texts are in Mandarin only. But English-language audio guides for self-guiding are said to be available.
Opening Times: Tuesday to Sunday 10 a.m. to 5 p.m. (closed on Mondays and on any day following a public holiday).
Admission: 20 TWD (less than half a Euro, or 0.6 USD)
Location: in 2-28 Peace Park, on Ketagalan Blvd., in the Jhongjheng district of Taipei, Taiwan's capital city.
Google maps locator: [25.0404,121.5155]
Photos are courtesy (and copyright) of Cheryl Robbins.
NOTE: there is some confusion here, as there seems to be another museum in Taipei on the same topic. This is mostly referred to as “National 228 Memorial Museum” and it’s housed in the former Taiwan Education Association Building (on the corner of Nanhai Road and Quanzhou Street), a grand Japanese colonial-era pile a bit over half a mile (1 km) south of the 2-28 Peace Park. The exhibition inside appears to provide even less in English but might be worth a quick look for comparison too.